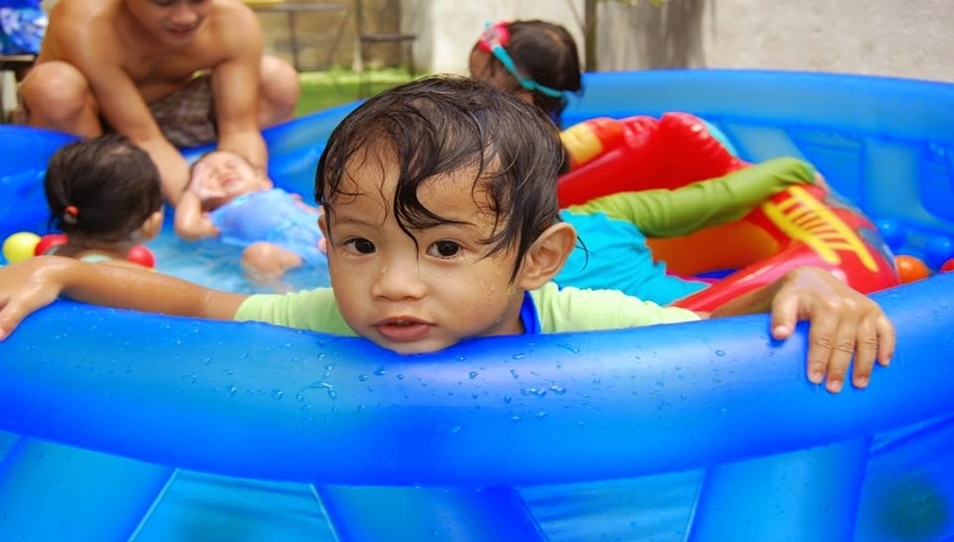 LDS and Raising a Child on the Spectrum – Our Autism Story

During my single years, I was an optimistic LDS young woman with ideals of my own. To me, they were righteous ideals and I was going to do things according to plan: graduate seminary and institute while attending school and serve a mission right after that. Then I was going to marry in the temple, and have beautiful really good kids. In my idealistic imagination, my kids would be perfect. They would be the best example of kids anywhere. They would not run around or have a tantrums in the grocery store or in sacrament meetings and they were going to sit in their primary classes and be perfectly well-behaved.

Those aspirations came and went, and I am now a parent. It was in 2011 that I first became a mother. After 28 hours of labor, I gave birth to a beautiful, healthy baby boy! My husband and I were ecstatic, and so excited to bring him home from the hospital. 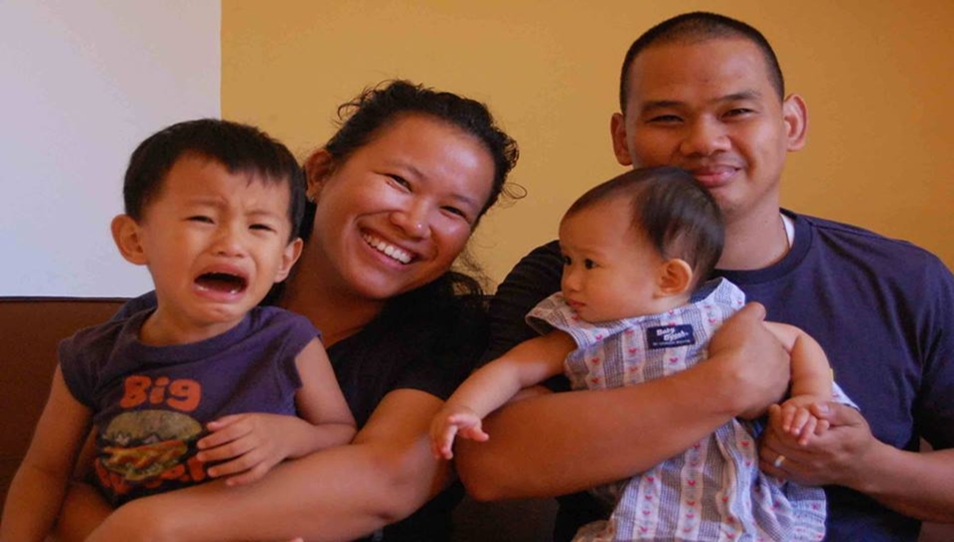 Those aspirations came and went, and I am now a parent. My husband and I were ecstatic, and so excited to bring him home from the hospital.

We called him Eli. He was my first born and I felt so inexperienced with babies. I learn from other moms including my own mother and had to learn as I went along. Eli was a sweet and playful toddler, and his development seemed completely normal. Until other moms would compare their kids to mine. When that happens, no matter how well-meaning some mom friends are, at times you can’t help but be concerned also. So you keep on observing your own kid.

By the time Eli turned two, it was obvious that he was different than other kids his age. He made repetitive noises over and over. His speech was delayed. He would flap his hands when he got excited. He walked on his tiptoes. He did not really make eye contact with others and he played with his toys differently by lining them up instead. He was easily distracted. Whenever he was introduced to other kids, he’d take whatever the kid was holding and examine it without a word, instead of playing with the child. He was a hyperactive toddler with no sense of danger, and seemed to be all over the place. He would lie on the floor at church just to feel the cold floor tiles on his face, or climbing windows in the classrooms. He lived in his own world.

A good friend of my husband suspected autism, but I was still in denial. I told my husband, “Whatever Eli will be, we will still love him.” I was more excited about the possibility of my baby going on a mission at 18. So we left it at that. Later, I decided to find out on my own. I did some research online regarding childhood developmental stages. When I found out from the M-Chat questionnaire that he was high risk for autism, I decided to take him to a developmental pediatrician.

When the doctor confirmed his condition, I felt numb. Even though I was bracing for it, I still felt at a loss. My husband and I didn’t know what to say. How did it happen? What do we do now? Will he live independently? Will he go on a mission? Will he marry? Questions I couldn’t bear to ask, I didn’t know where to begin. The doctor recommended early intervention therapy for Eli, and we left  the doctor’s clinic. My husband was still schedule to work the night shift, and I had to go back home to feed the kids and put them to bed. I didn’t cry, I was too stunned.

As much as we worried about how to fund our son’s therapy, I kept myself busy for two weeks after that diagnosis day. I was invited to attend a seminar for parents with autism conducted by the Autism Society Philippines in our area so I went, and tried to learn about the condition. I wanted to understand it; perhaps there would be some solution. I learned that unfortunately autism has no cure, but it can be managed. I learned that I was NOT the one having a hard time, but my child was. Because even though this world is overwhelming for him, he is a hero for trying his best to cope and to live. They just simply think differently than others. As Temple Grandin coined it, “They are different, but not less.”

I didn’t cry for two weeks. I didn’t allow myself to grieve over the news. I wanted to accept his condition but I don’t want to feel pity about it. I wanted to act as if everything was ok.

During That Quiet Moment

Days passed, then came another Sunday. While sitting inside the quiet sacrament hall, Eli had a meltdown. It happened while the bread was being passed. While he lay crying on the floor I only looked at him. I felt overwhelmed by a responsibility like him. Then tears came rolling down my face, and I couldn’t even pick him up somehow. My husband saw me but he couldn’t comfort me during those moments because he was sitting on the stand that day.. The Lord chose that particular Sunday to let me really process things and grieve. Perhaps He wanted me to understand that grieving is important. “It is overwhelming right now but it’s going to be ok,” He said.

A kind sister in the ward picked Eli up and took him outside in the hall. After the sacrament, I went out and found them in the bathroom where she was letting Eli play with water in the sink to calm him down.

He Taught Us, More Than We Can Teach Him

Eli is now 6 years old and doing much better now that we’ve adjusted to our new “normal.” We have accepted his condition as a family. I don’t get oversensitive about it anymore, only sometimes. He finally started verbalizing words at 4 years old, articulating about the things he likes and doesn’t like. He reads like a third grader and can sing. There are still times he finds it hard to express himself, but he is really doing his best. There have been many developments that I have seen. Still, there are so many things to work on. Some days are still harder than others.

We don’t try to hide his condition from him either. He knows he has autism. I don’t know whether he thinks it’s normal to have it or he thinks maybe everyone has it too, so it’s ok. In fact, I learned that some disabilities are not visible to the eyes. I have learned to be an advocate for autism. I learned that once a parent is able to accept the facts about this disability, they can better help their child by finding the right treatment. Denial does not help; a parent in denial will also deny anything that will help their child correct behaviors and cope with the disability.

A scripture in Isaiah 11:6 says: “…and a little child shall lead them.”  I thought I would be a teacher for my son, but it is actually the other way around. He is a teacher to us, his parents. As we let him take our hands and show us, we are amazed. I thank Heavenly Father every day for an gift like Eli.

Contributor Edellen Reyes is wife to loving husband and a mother of three beautiful kids (One is with ASD). Always learning about the strengths she didn’t know she has and dealing with fears she didn’t know existed.
Tags: finding hope, parenting tips, special children 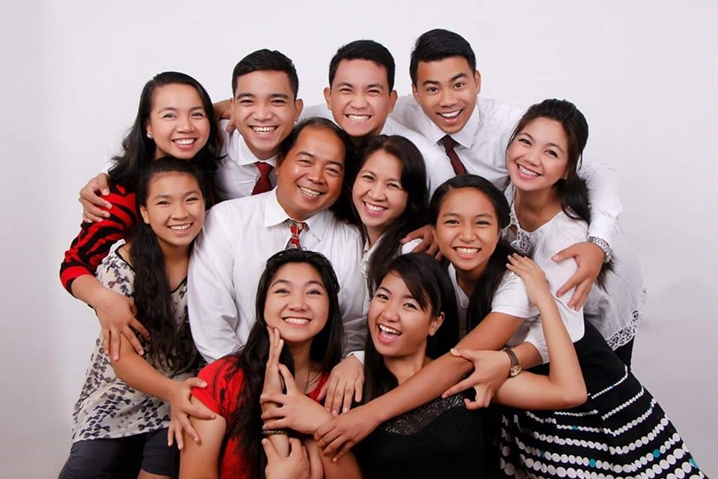 Raising a Righteous Family: It is Possible Today! 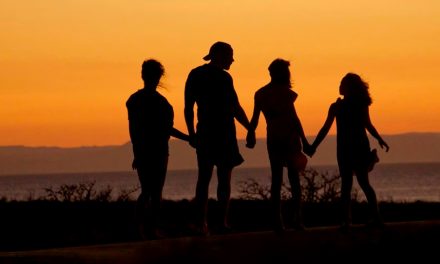 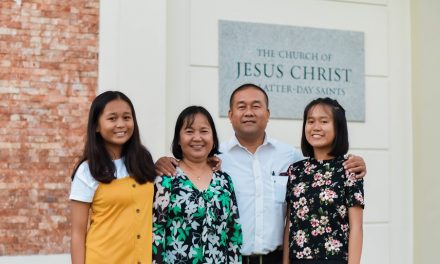 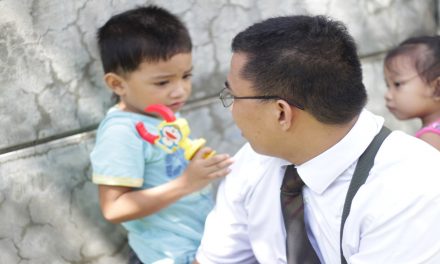 “Watch Out For Sharks!”