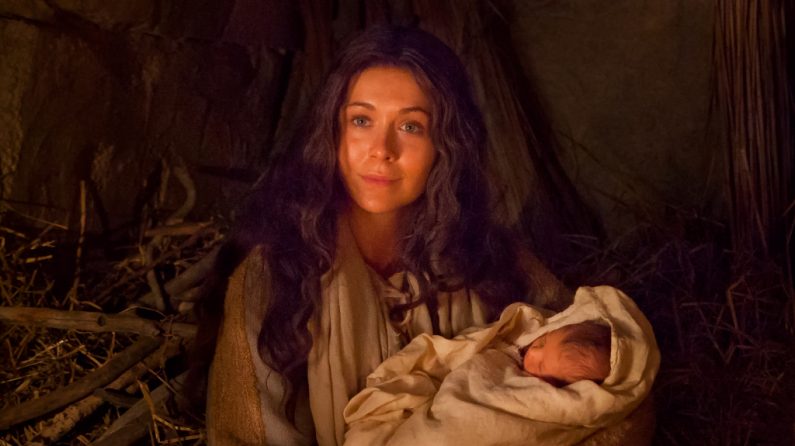 Mary, the mother of the Son of God, has more to show than her womanly attributes.

How Mary, the Mother of Jesus, Showed that She is One Tough Momma

Every time I think of the first Christmas, I picture an innocent baby, a very understanding father and one tough Momma. People may see Mary as a fragile woman but I see someone who is feisty and strong. We don’t have much information about the Savior’s mother as far as who she really was and what she was like. However, looking at how she carried all the responsibilities of mothering the Son of God, we can picture her character and her faith.

Let’s look at a few instances from before, during and after the Savior’s advent. From these events, we can just imagine how Mary handled every daunting situation that would have unnerved any ordinary woman.

The Announcement from the Angel Gabriel

Being engaged to marry Joseph, Mary could have been excited, even a bit jittery, that her wedding was drawing near. I can just imagine her being occupied with what to wear, what to prepare, the guest list, etc. All of these must have been overwhelming for a young woman about to be wed.

Then came the heavenly announcement.

“And the angel came in unto her, and said, Hail, thou that art highly favoured, the Lord is with thee: blessed art thou among women…

And, behold, thou shalt conceive in thy womb, and bring forth a son, and shalt call his name JESUS.”

I imagine how this must have shattered all of her plans of what she thought her life would be like.

The scandal of conceiving a child before marriage!

Not just that! It was to be no ordinary offspring.

“He shall be great, and shall be called the Son of the Highest: and the Lord God shall give unto him the throne of his father David:

And he shall reign over the house of Jacob for ever; and of his kingdom there shall be no end.”

Any woman, would be surprised and even frightened at such a pronouncement, maybe even faint. But no, not Mary! Despite her apprehensions, she gracefully accepted.

“And Mary said, Behold the handmaid of the Lord; be it unto me according to thy word.”

What great faith! Her trust in God made her will subject to the divine plan of Heavenly Father. At a young age, she already trusted in the grandeur of the Plan of Salvation. She knew what she had to do and faithfully obeyed her Father. 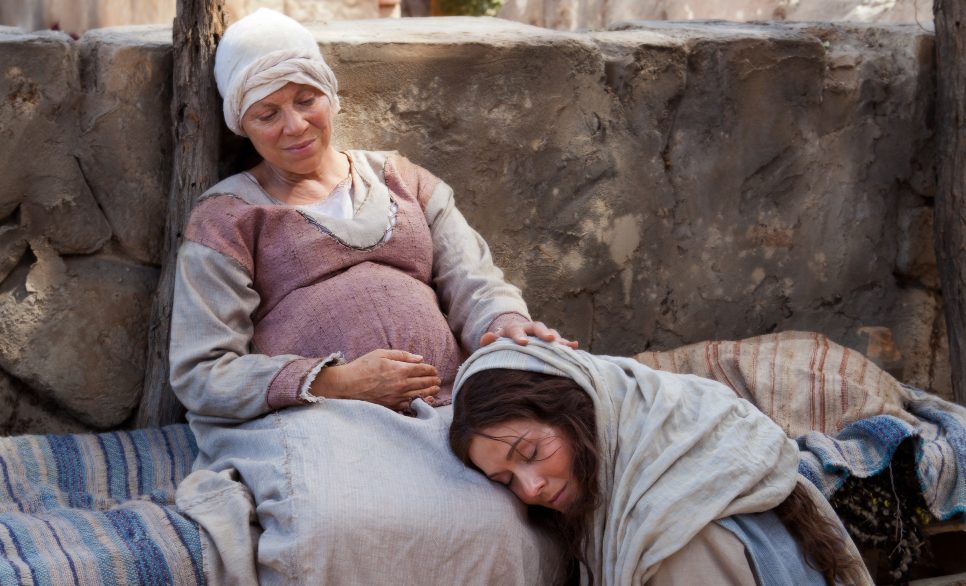 Mary visited her cousin, Elizabeth, who was also carrying a child.

Travels During Her Pregnancy

I would like to think that Mary was like any other pregnant woman. I think she also experienced morning sickness and the whole nine yards. But when she traveled to see her cousin, Elizabeth, in her 1st trimester, she willingly traveled the 90-mile stretch of mountainous terrain.

“And Mary arose in those days, and went into the hill country with haste, into a city of Judah;

And entered into the house of Zacharias, and saluted Elisabeth…

And Mary abode with her about three months, and returned to her own house.”

This was not an easy feat! Although it is not written what Mary felt at the time, the rigors of the journey to and from the house of Zechariah had to have been demanding for a pregnant woman. 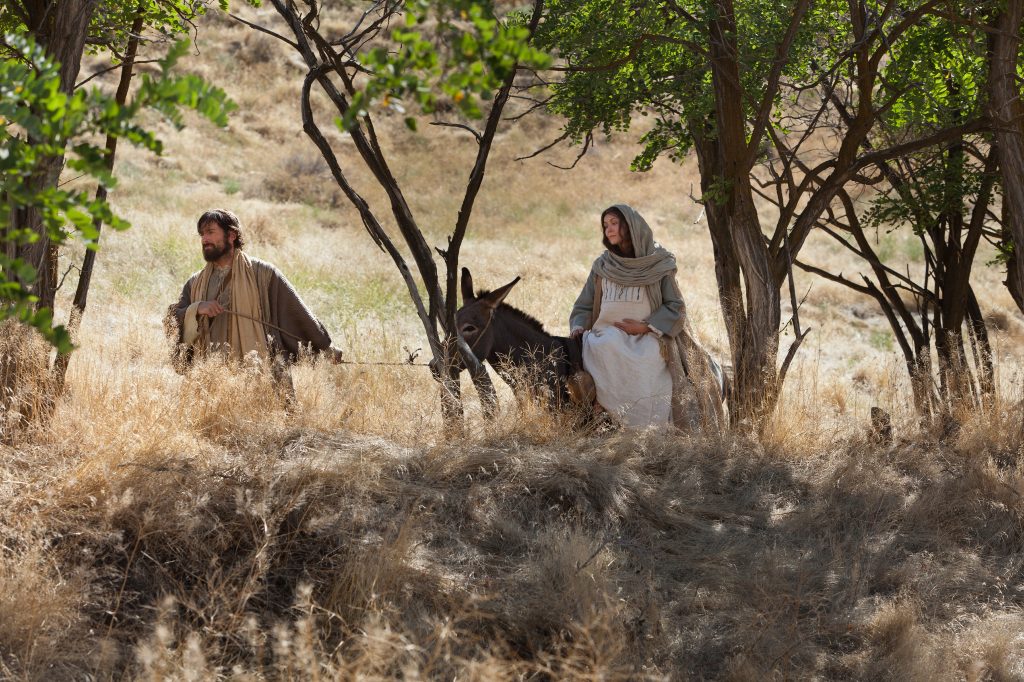 Mary went through mountainous terrains with Joseph to go to Bethlehem.

Then came the last trimester when she was about to deliver her baby.

“And Joseph also went up from Galilee, out of the city of Nazareth, into Judæa, unto the city of David, which is called Bethlehem;

To be taxed with Mary his espoused wife, being great with child.

And so it was, that, while they were there, the days were accomplished that she should be delivered.”

Geographically speaking, Galilee to Bethlehem is 70 miles, more or less. But that distance is true if you pass through Samaria. Historically, this posed an impossibility since there was enmity between the Jews and the Samaritans. It is safe to assume then, that they took the long road to Judaea circumnavigating the whole area. See the picture?

Now insert Mary being heavy with child on a donkey. It makes the whole situation unbearable for a nesting mother. I have been through the 3rd trimester five times and, I think I have the authority to say this, it is not a stroll in the park. I know one pregnant woman differs from another, but still. Elephant feet, cramps, the constant peeing… and it does not end there. The baby’s kicks become painful, the back almost giving in to the extra weight, not to mention contractions and shortness of breath.

The physical demands of the journey could have worn down the spirit of the young mother, but she persisted. Her strength, based on the things she went through as she traveled during her pregnancy, was simply extraordinary. 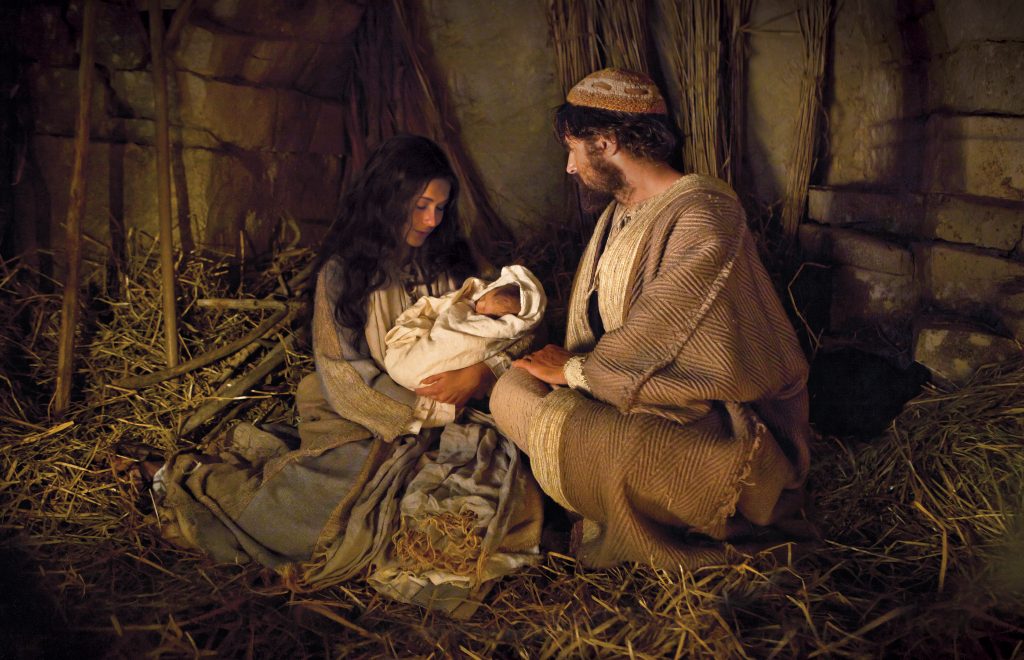 Mary had to make do with what was available for her and her new baby.

The Night She Delivered Her Baby

“And she brought forth her firstborn son, and wrapped him in swaddling clothes, and laid him in a manger;”

No nurses, no doctors. Just Joseph and some farm animals. When Mary delivered the baby Jesus, I am sure she also felt the pains of giving birth. I can only imagine how she could have borne the stress of the ordeal. She might have worried how she would be able to go through the whole process without proper care. I think she probably also wanted her mother to be with her, giving her tips on how to properly breathe when contractions occurred. But there was no one but her husband, novice to the whole birthing process, to help her. There would have been dirt, animals, bugs in the hay… overall not a sanitary environment and not nearly enough supplies for giving birth to a baby.

What was going through her mind when she held her baby for the first time? I can try to imagine… But I am pretty sure the little boy was worth all the pain. Mary was no ordinary woman. She is a paragon of strength and obedience – a blueprint for true motherhood. Her faith was stalwart and it saw her through the doubts and the difficulties that led to that first Christmas. In her mind, she understood the Plan. In her heart she knew that someday, this baby would deliver her in return. Being the Savior of the world, Jesus Christ delivers us all. 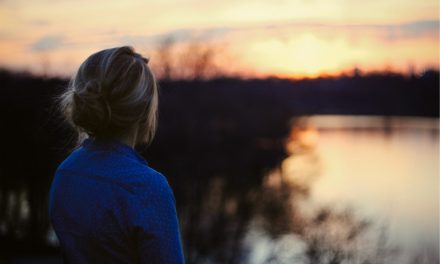 THE GIFT OF BEING LOST 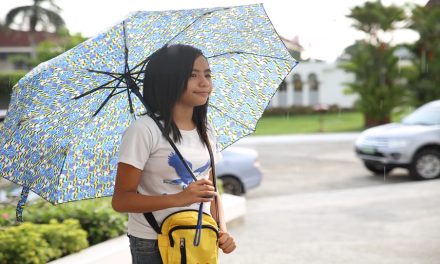 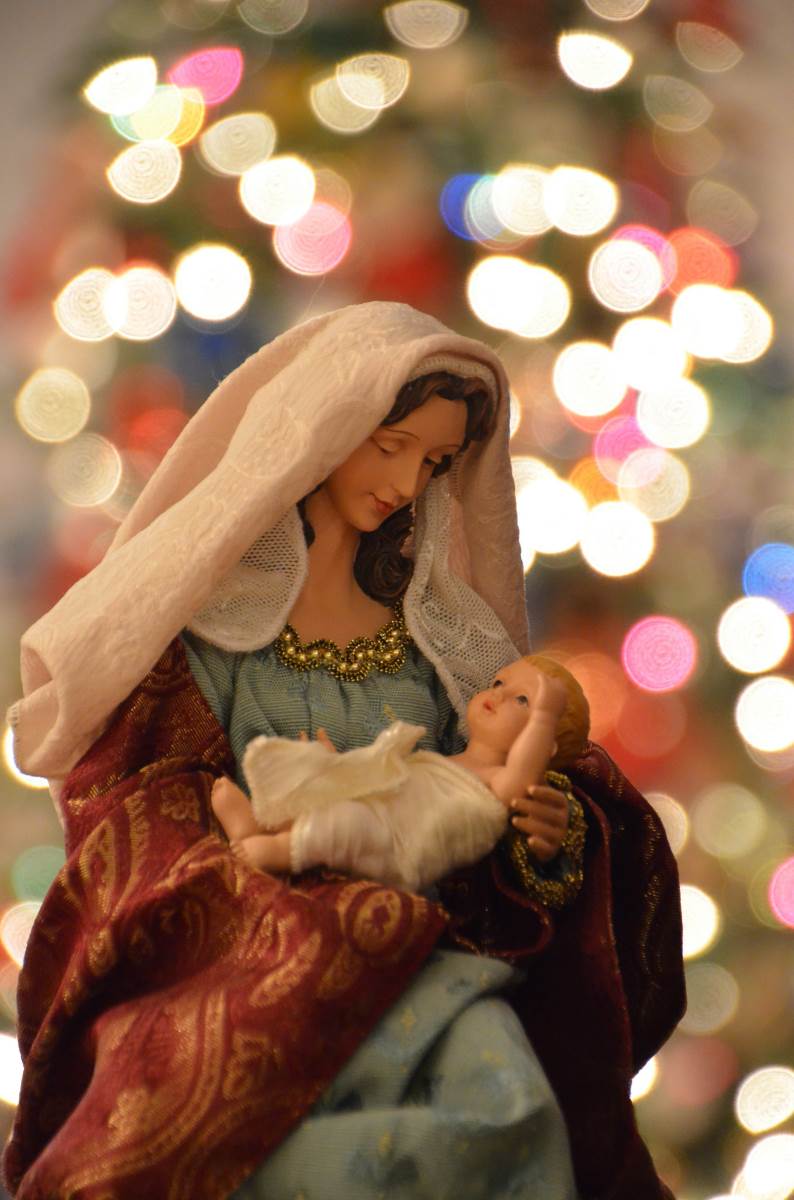 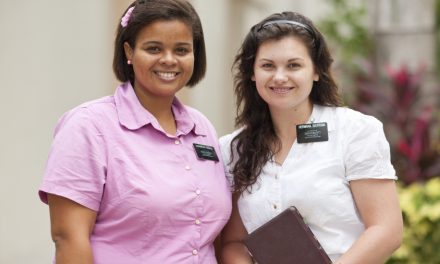