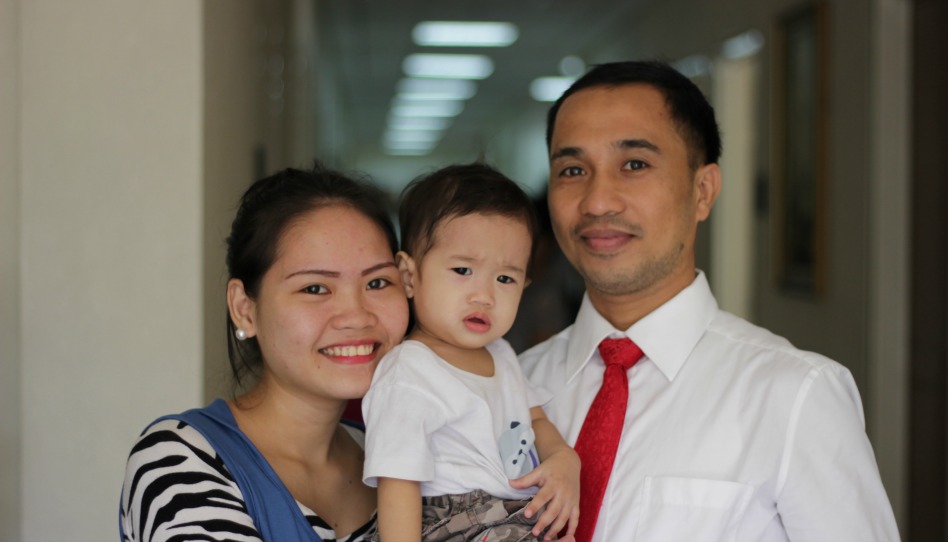 How Fatherhood Helped me Come Closer to Heavenly Father

One of my favorite hymns as a kid was “I am Child of God.” Singing this song always comforted me, even though I didn’t really understand what it meant back then. But I always felt the warmth of being home when I sang this song, no matter where I went. Recently, I taught it to my kids, and I understood more clearly what it meant for me.

It was a song to my parents, asking them to “lead me” and to “guide me” in this life so I can live with my Heavenly Father again someday. And whenever I hear my kids sing it, I am reminded that it is my responsibility to teach them correct principles so they can return to their Eternal Father someday. The best father I could learn from is Heavenly Father and the only way to learn from Him is to draw closer to Him. Fatherhood helped me do that.

When I think about Heavenly Father sacrificing His Only Begotten Son to save all His children, I cannot comprehend how hard it must have been for Him. But fatherhood gave me a little glimpse of that feeling— of being willing to sacrifice something for my children’s welfare. Fatherhood taught me that there is no sacrifice too great, and no obstacle too hard that a father cannot do or surpass for his child.

My children’s joys also became my joys, and their sorrows my sorrows. My prayers became more focused on my best desires for them. I became more selfless and giving. My life became less about me and more about my children.

Having experienced this, I came to know how much Heavenly Father loves me, and all His children, and how much He’s willing to sacrifice to see His children come home again. My heart is continually filled with an overwhelming, almost unfathomable, love for my children. And if I feel this way now, how much more can an Eternal Father feel for all His spirit sons and daughters on both sides of the veil.

Knowing how much He loves me has helped me to come to know Him better. I am more comfortable seeking His counsel when I struggle as a father, because I know that He understands perfectly what I am going through.

When I was still single, I thought I was already a very patient person. But when I became a father, I realized that my patience was not quite as developed as I thought yet. I guess fatherhood introduces men to our unrealized potential, and challenges us to grow.

Fatherhood is a journey of endless  patience—when the kids throw a tantrum, when they insist on what they want, when they purposefully spill their milk on the floor, when they refuse to listen, when they begin to grow up and think that they don’t need your guidance because they’ve got it all figured out, etc. These experiences have, and continue, to shape my life, and I cannot help but think about the extent of Heavenly Father’s patience towards all His children. He has many children and a good portion of them disobey Him. Some even believe He doesn’t exist. But He loves them anyway. His patience towards all His children is the perfect example for every father to follow.

So whenever I scrunch my forehead over spilled milk or a tantrum, I can think of how Heavenly Father would react to such a situation. Constantly reminding myself how patient He is as a father helps me to re-pattern my fatherhood style to His—the One who never gives up on His children no matter how stubborn they can be. Having Him as a role model draws me closer to Him as I still seek inspiration on how to become a father like Him.

When my children make mistakes, they ask forgiveness by saying, “Sorry, Daddy.” Sometimes, I forgive them right away, but oftentimes, I first ask them what they did wrong and why they did it. I then try to teach them the lesson behind their action, and why it was wrong. After this type of conversation, everything feels great again. Through these countless conversations I have had with my children, I have come to understand more clearly how much Heavenly Father is willing to forgive His children when they ask for sincere forgiveness, no matter how great the mistakes they have made.

Knowing how much he’s willing to forgive has drawn me closer to Him as I have asked forgiveness for mistakes I have made and the times I have fallen short of being the father He wants me to become.

Out of all the blessings I have received from fatherhood, the greatest is coming closer to Him as I have come to better understand the extent of His love and patience for all His children, and his willingness to forgive those come back to His fold. 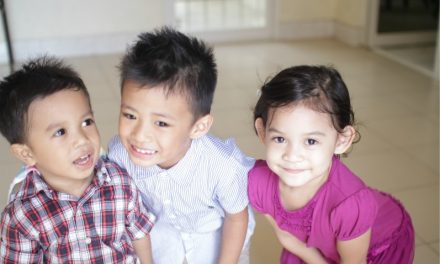 4 Causes of Sibling Rivalry and How To Solve Them 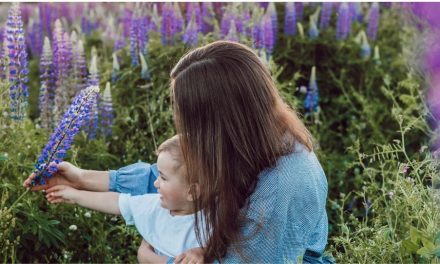 To All The Mothers Who Feel Inadequate: You Are Enough

Why Mormons Believe Pornography is Bad 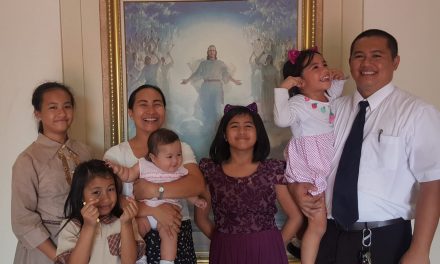 Lessons from Holding a Child in My Arms

Thomas is a young father of 3 energetic kids and enjoys everything that comes with it. He enjoys playing basketball and everything around entrepreneurship.

Faith.Ph
A father should be many things. He should...be an example of righteousness. In companionship with his wife, he should be the source of stability and strength for the whole family.

He should be the protector and the provider and the champion of the members of his family. Much of his love for his children should flow from his example of love, concern, and fidelity for their mother. By his uncompromising example he should instill character into his children.

Faith.Ph
What were the best moments you had with your father?

Faith.Ph
Will our good works be enough to save us?

To gain eternal life, we need both grace and works. A Christian author, C. S. Lewis, compared grace and works to the blades of a pair of scissors. Both are necessary. To ask “Are you saved by grace or works?” is like asking “Do you cut with this blade or that one?”

If you have questions, please feel free to send us a message. Tag someone who can benefit from this message.

Faith.Ph
There is too much of criticism and faultfinding with anger and raised voices. The pressures we feel each day are tremendous.

Husbands come home from their employment each day tired and short-tempered. Unfortunately, most of the wives work. They too face a serious challenge that may be more costly than it is worth. Children are left to seek their own entertainment, and much of it is not good.

I ask you men, particularly, to pause and take stock of yourselves as husbands and fathers and heads of households. Pray for guidance, for help, for direction, and then follow the whisperings of the Spirit to guide you in the most serious of all responsibilities, for the consequences of your leadership in your home will be eternal and everlasting.

Let us be a happy people. The Lord’s plan is a plan of happiness. The way will be lighter, the worries will be fewer, the confrontations will be less difficult if we cultivate a spirit of happiness. — Gordon B. Hinckley

Faith.Ph
A despondent man, said in anguish: “I don’t know what to do. Everything is pressing in on me. I’m tired of running. There is no peace, no happiness. When I pray, no one is listening. What’s the use?”

Do you find yourself in a similar circumstance? Have you done things that you wish you had not done? Is it difficult for you to see any way to solve your problems?

You may publicly complain that your friends and even the Lord have abandoned you, but in times of sober reflection you realize it is you that have abandoned them. Oh, please, decide now to find the way back to the refreshing peace and joy that can replace the fleeting pleasures of sin and the subsequent agony and emptiness.

You have confirmed what the scriptures teach: “wickedness never was happiness.” Earn enduring joy now from a clean and purposeful life.

If you have felt impressions to be free of burdens caused by yourself or others, those promptings are an invitation from the Redeemer. Act upon them now. He loves you. He gave His life that you may be free of needless burdens. He will help you do it. I know that He has the power to heal you. Begin now. — Richard G. Scott